IN-vision is very grateful and proud to be one of the charities supported by the second annual Marlow Red Kite Ride. The cycling sportif took place in September and riders passed through the Chilterns and scenic Vale of Aylesbury.

The event was a sell out with almost 600 participants taking part along three different routes through the beautiful Bucks, Berks and Oxfordshire countryside. Director Steve Tolmie said it was a ‘huge success’ with more than £8000 raised. 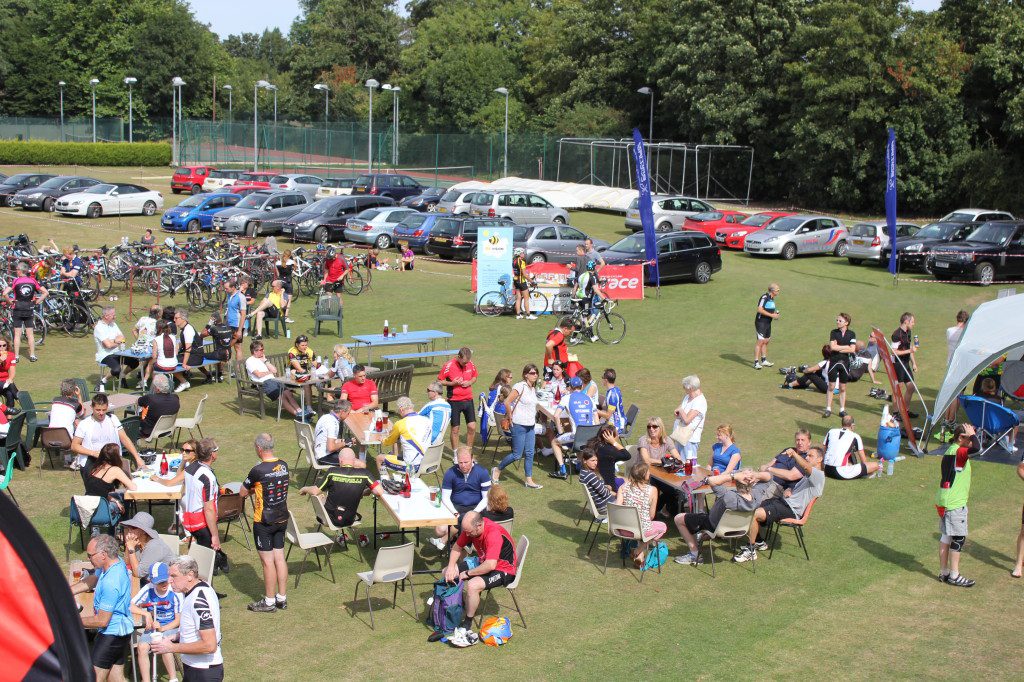 IN-vision had a stand on the day, and handed out water and flapjacks as the riders crossed the finishing line. Ray O’Connor, IN-vision Trustee, said he felt elated that the charity had been chosen as one of three local charities being supported. He added, “it’s a great way for us to raise awareness and fantastic to be part of such an inspiring and impressive event hosted by the Marlow Riders.”

The share of money raised going to IN-vision will go directly to supporting research into the development of infantile nystagmus in infants. The funds will go towards the purchase of a sophisticated eye-tracker for use in a paediatric eye-movement clinic in southern England.

Enter your email address to receive emails announcing exciting news, events and goings on at IN-vision. We promise not to fill your inbox with junk emails, and will only send updates occasionally.